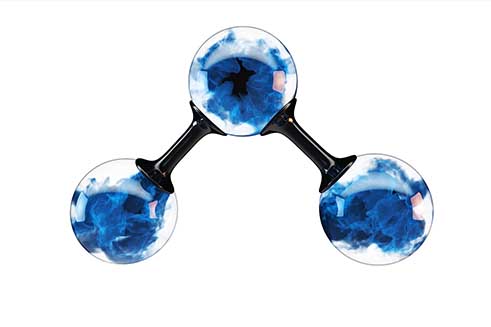 The oxygen you breathe is present in the air as a pair of oxygen atoms. This is the most stable form of oxygen, and it’s colorless. Ozone is a blue colored form of oxygen (it’s what makes the sky blue), and unlike regular oxygen, it is composed of three oxygen atoms instead of two.It is the addition of the third oxygen atom that makes ozone “supercharged” oxygen, and gives it all of its remarkable medical properties.

The use of ozone to treat various medical conditions was first developed in Germany in the early 1950’s. Today, medical ozone therapy is common throughout Europe, and its use has gradually been spreading in America over the last 25 years.

Anything, including water and oxygen, is toxic if given in amounts that exceed the body’s capacity to utilize it. Ozone is found naturally in the body. The white cells make it as part of the immune response.Pure medical grade ozone, when it is used according to the established medical guidelines, has a safety record that is unparalleled.

Ozone has five properties that account for why it works so well for most other chronic age related conditions:

How is Ozone used medically?

Ozone therapy should only be used by professionals who have been fully trained in its use.

Autotherapy is the most common, and in most cases the most effective way ozone is administered. The patient sits in a chair and has from 6-12 ounces of blood removed into a sterilized bottle. Then, ozone is injected into the bottle, and the bottle is gently shaken, allowing the red and white blood cells to take up the ozone. The ozonated blood is then returned to the body. The entire procedure takes about 30-40 minutes.

Ozone therapy can be administered rectally in a process known as rectal insufflation.  This is completely painless, minimally invasive, and highly efficient.  The main benefit of opting for rectal ozone therapy is the ability to achieve higher levels of oxygen in the gut and liver.  This helps combat issues like chronic hepatits and chronic colitis.  The rectal method is also just as influential on the immune system as more invasive procedures.  This treatment only takes about 10 minutes and all ozone is fully absorbed within 30 minutes

Is Ozone Therapy for me?

This is a decision for a doctor who is trained and experienced in the medical use of ozone. Some conditions simply will not clear up unless ozone is used, and of course many conditions will clear up without ozone. Because of its many therapeutic properties, ozone can be used as part of a therapeutic plan for almost every disease.

It is invaluable in the treatment of heart disease and circulatory disorders.Chronic infections such as hepatitis-C, herpes, Lyme, and AIDS respond very favorably to ozone.It is also very helpful in chronic fatigue syndrome, fibromyalgia, and autoimmune diseases.

It is important to realize that ozone therapy is not a panacea or some kind of magic bullet. Although it is often an indispensable modality, it is only rarely effective by itself. In the great majority of cases it must be combined with an individualized program of other alternative and natural therapies, such as nutrition and detoxification.