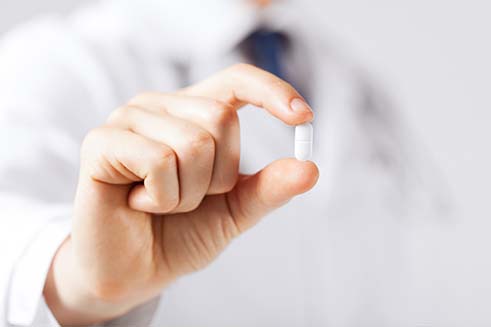 The following excerpts are taken from www.lowdosenaltrexone.org.

“Naltrexone itself was approved by the FDA in 1984 in a 50mg dose for the purpose of helping heroin or opium addicts, by blocking the effect of such drugs.  In 1985, Bernard Bihari, MD, a physician with a clinical practice in New York City, discovered the effects of a much smaller dose of naltrexone (approximately 3mg once a day) on the body’s immune system.

In the November 13, 2003 issue of the prestigious New England Journal of Medicine: “Opioid-Induced Immune Modulation: … Preclinical evidence indicates overwhelmingly that opioids alter the development, differentiation, and function of immune cells, and that both innate and adaptive systems are affected.  Bone marrow progenitor cells, macrophages, natural killer cells, immature thymocytes and T cells, and B cells are all involved. The relatively recent identification of opioid-related receptors on immune cells makes it even more likely that opioids have direct effects on the immune system.”

The brief blockade of opioid receptors between 2 a.m. and 4 a.m. that is caused by taking LDN at bedtime each night is believed to produce a prolonged up-regulation of vital elements of the immune system by causing an increase in endorphin and enkephalin production. Normal volunteers who have taken LDN in this fashion have been found to have much higher levels of beta-endorphins circulating in their blood in the following days.