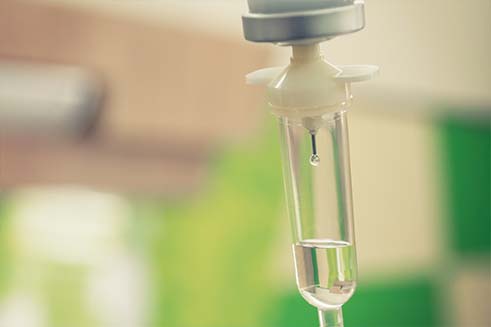 According to cancer.org, Chelation therapy is a mainstream treatment used to treat poisoning from toxic levels of certain metals. Injections of ethylene diamine tetraacetic acid (EDTA) or other chemicals bind, or chelate, iron, lead, mercury, cadmium, zinc, and some other metals, which are then eliminated from the body. The term “chelation” comes from the Greek word chele, which means “claw,” referring to the way the chemical grabs onto metals. However, the term is also used to promote an alternative therapy that is claimed to treat heart disease, cancer, autism, and other conditions that are not caused by abnormal levels of metals.

Chelation therapy using EDTA has been approved by the U.S. Food and Drug Administration (FDA) as a treatment for lead poisoning for more than forty years. The human body cannot excrete some metals, which can build up to toxic levels and interfere with normal functioning. EDTA and other chelating drugs lower the blood levels of metals such as lead, mercury, cadmium, and zinc by attaching to them, which helps remove them through urination.

Because EDTA can reduce the amount of calcium in the bloodstream, some practitioners suggest chelation therapy may help re-open arteries blocked by mineral deposits, a condition called atherosclerosis or hardening of the arteries. They claim it is an effective and less expensive alternative to coronary bypass surgery, angioplasty, and other techniques designed to unclog blocked arteries.

Chelation therapy is most often given into a vein, either as a short injection or over a period of 2 to 4 hours. A typical treatment cycle may include 20 injections or infusions spread over 10 to 12 weeks. Chelation therapy can also be given by mouth, and some dietary supplements advertise that they work in this way.

Practitioners usually recommend at least 20 to 40 treatments to start; however, some may recommend continued therapy for up to 100 treatments over a period of several years. Because the therapy removes some important minerals from the body, patients often receive high-dose vitamin and mineral supplements during treatment.

The oral Chelation therapy utilized by The Institute of Natural Health consists of liposomal EDTA with Sodium R-Lipoic Acid.  EDTA has broad metal detoxification ability, being especially for lead and R-Lipoic acid (as sodium R-Lipoate) has an exceptionally well-documented ability to upregulate the glutathione system via the Nrf2 nuclear transcription pathway.  The liposomal EDTA coupled with some other important nutrients can greatly enhance someone’s detoxification pathways and abilities such that they may be able to decrease heavy metal toxicity without the need for IV Chelation therapy.